Ford just filed a patent for a new technology that would put ads right on your DASHBOARD.

Most new cars have lots of cameras now, like backup cams or ones that show your blind spots.  And they want to use all those cameras to scan billboards.  So ads for the same company would pop up on your dashboard’s “infotainment” screen.

They claim it would solve the problem of people seeing a billboard too late and not getting all the details, like which exit to take for McDonald’s.

But is it really something you want?  And like a lot of apps, could car companies eventually charge extra if you DON’T want to see the ads? 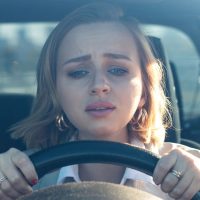