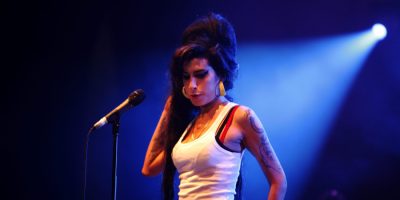 Amy Winehouse is getting her own biopic, and it could be AMAZING.

The movie is titled Back To Black, sharing the same name as her 2006 smash-hit album! The script has been penned by Matt Greenhalgh, and will be directed by ‘Fifty Shades of Grey’ director Sam Taylor-Johnson.

Back To Black will follow the life of Amy Winehouse who started her musical career as a jazz singer in North London to her Grammy award winning superstar for songs like “Rehab” and “Back To Black”.

The only film made about Winehouse so far is the 2015 A25 film, Amy which was a documentary about the singer’s life and rise.

Back To Black has been given the full approval by the Winehouse estate! Taylor-Johnson is now searching for the actress who will play Amy.

Fans begun casting who they would be embodying the Love Is A Losing Game singer on Twitter: