Saturday, November 24th our Barrie Colts will skating in a new 3rd jersey for the first time this season and it looks awesome!

The special 3rd jersey will only be used during 8 home games at Barrie Molson Centre during the 2018/19 season.

Have you bought your tickets to our game tomorrow night at home vs. Guelph? Well in case you haven’t, here’s another reason to get them now. #3rdJersey #TomorrowNight #ThisIsOurTime

A post shared by BarrieColtsHockeyOHL (@barriecoltshockeyohl) on Nov 23, 2018 at 10:54am PST

Teams often rotate between 3 jerseys but the 3rd sweater is one that’s not as often used in games. The Barrie Colts have rarely used anything but their typical home white and road blue colour scheme.

A post shared by BarrieColtsHockeyOHL (@barriecoltshockeyohl) on Sep 7, 2018 at 11:19am PDT

Their last 3rd jersey was used during the team’s 20th Anniversary season in 2015.

Sneak peak at the Barrie Colts 20th anniversary jersey! #welldone #cowbellnation calls its a steal of a deal! pic.twitter.com/UmppmwaHEd 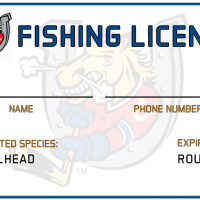