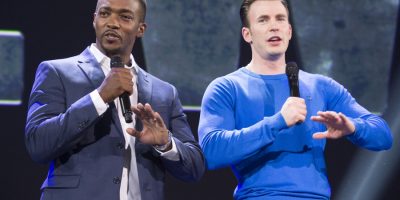 Captain America after Avengers Endgame has passed the mantle on, and many fans have forgotten! Steve Rogers (Chris Evans) handed his legendary vibranium shield to Falcon, Sam Wilson (Anthony Mackie) to become the next Cap.

It is VERY clear who Captain America is. He is Sam Wilson.

Last week, the Hollywood Reporter tweeted about Chris Evans possibly reprising his role as Steve Rogers, which sparked HUGE debate. The news came with an update on Captain America 4, which will be directed by Julius Onah.

Evans himself stepped in and squashed it, immediately:

To the dismay of many fans, Evans even stated in interviews he’s not going to come back to the role unless it’s “done just right”.

The author of the Hollywood Reporter article even clarified his stance on the issue, apologizing for any misleading wording:

I KNOW he will do an amazing job. He was incredible in Falcon and The Winter Soldier.