Bassist David Desrosiers won’t be joining Simple Plan on their European tour and he felt that it was important that the fans know why. Simple Plan has released a statement that saying

David has struggled with episodes of depression for a long time now and this situation has sometimes made it difficult for him to deal with the demands of being in a band, touring and playing shows night after night. Following his wishes, we’ve always kept this information private. Today, he feels it’s important to share this with all of you for the first time and we fully support his decision.

The tour will go on as planned “with David’s blessing”. He’s going to take the time he needs to care of his mental health.

The band is going to use their Simple Plan Foundation “help charitable organizations focusing on mental health”. 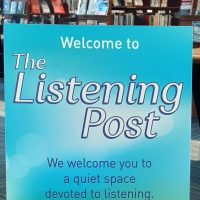