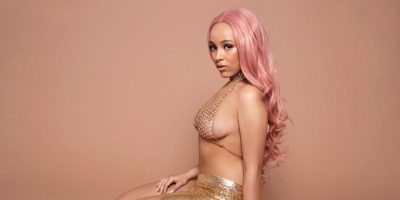 Doja Cat is keen to try her hand at stand-up comedy one day.
She has established herself as a rapper, singer, songwriter, and record producer.
But throughout an interview for the June/July 2022 issue of ELLE magazine, Doja Cat revealed that comedy is her “hidden passion.”

“My one hidden passion is stand-up,” she shared. “I get nervous just like anyone else, but it feels like it could be a natural, fun thing to do.”

Doja Cat, whose real name Amala Dlamini, went on to note that she is a big fan of Ziwe Fumudoh’s Showtime variety program.

Elsewhere in the conversation, Doja Cat also confirmed that she wants to give acting a whirl.