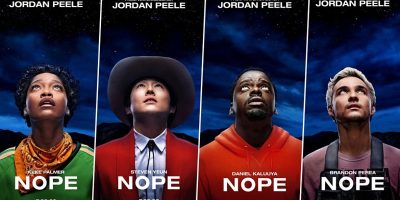 Another horror movie from Jordan Peele proves that he may be one of the greatest horror directors ever after his latest movie ‘Nope’ beat out Thor to take number 1 at the box office on its opening weekend!

“Nope” is an alien invasion horror thriller which reunites Peele with his “Get Out” star Daniel Kaluuya.

Peele is all class when a Twitter user suggested that he may be the best!

He gently shut down a Twitter user who asked whether Peele could rightly claim that title of best horror director after favourable reviews for his newest film, as well as Peele’s previous hits, 2019’s “Us” and 2017’s “Get Out.”

“I know this is a hot take but at what point do we declare Jordan Peele the best horror director of all time?” artist Adam Ellis recently tweeted. “Can you think of another horror director that had 3 great films, let alone 3 in a row? I can’t.”

Peele responded with “Sir, please put the phone down I beg you.”

“Sorry. I love your enthusiasm but, I will just not tolerate any John Carpenter slander!!!,” he tweeted.