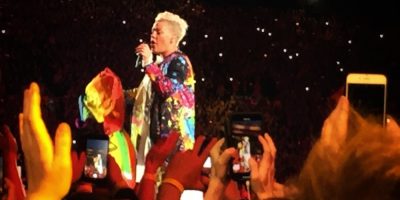 P!nk is using food to convince her fans to listen to new music… and it might work!

She’s created a new commercial challenging YOU, are you tired of “Basic Bitch chips”?

Fans can apparently experience “something new” every single day for more surprises.

IF they pre-save the single, fans can win an ACTUAL bag of the chips! Be careful though, they’re REALLY spicy apparently.

P!nk announced tickets are on sale for her Summer Carnival 2023 earlier in the month, making stops in the UK, Belgium, France, Germany and Austria.

“Never Not Gonna Dance Again” has been officially released by the singer, and with a brand NEW music video!

The “Walk Me Home” singer’s last full length album, Hurts 2B Human released in 2019, so it makes sense new music is on the way!