By David Kattenburg, for CBC News

“It’s like sort of boxes opening up, and your brain just launches these things without you actually trying to stimulate them.” That was how then-senator, and retired general, Romeo Dallaire described the flashbacks that bubble up in his head.

Dallaire made the comments in a 2013 interview with the CBC’s Sunday Edition, 20 years after the Rwandan genocide he tried to stop.

He’s far from alone in dealing with those type of unwelcome flashbacks. An estimated 10 per cent of Canadians struggle with depression, flashbacks and panic attacks as a result of post-traumatic stress disorder, or PTSD, according to the Canadian Mental Health Association.

About 14,000 Canadian veterans also suffer from PTSD, including Dallaire.

And the retired general’s description aptly sums up how brain circuits work. It also fits with recent brain research on post-traumatic stress disorder, or PTSD. 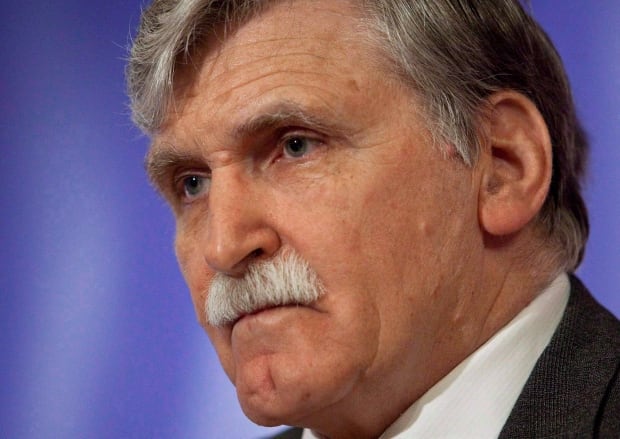 ‘Your brain just launches these things without you actually trying to stimulate them,’ said retired general Romeo Dallaire in describing his post-traumatic flashbacks. (Pawel Dwulit/CP)

Dr. Apostolos Georgopoulos is the director of the Brain Science Centre at the Minneapolis VA Medical Centre, a large veterans’ hospital in Minnesota.

“Your brain is a dynamic network,” said Georgopoulos, describing how healthy brains form neural networks, and then wipe the slate clean and start all over.

“So when you have, let’s say, a visual stimulus come in to your eyes, then the visual network that receives that information becomes temporarily locked. That individual system lasts for a few seconds. And then very quickly, [the network] becomes again ready to absorb new information.”

That’s how nine of out of 10 people process their experiences, be they mundane or horrific. One out of 10, however, don’t wipe the slate clean. Dreadful sights and sounds resonate in their heads.

“The healthy people had the ability to maintain the flexibility of their networks at various trauma strength exposures,” said Georgopolous.

Those with PTSD, though, have what he calls “inflexibility” in their neural networks.

“Their networks were locked in and could not be modulated,” he said.

Based on a one-minute scan, Georgopolous’ team can spot inflexible PTSD circuits with 95 per cent accuracy.

If they do detect PTSD, drugs can be prescribed as a treatment.

A variety of behavioural therapies aimed at getting stubborn brain circuits to unlock can also help.

“You can sort of re-package that all together and put that memory aside,” said Dr. Lisa James, a clinical psychologist at the Brain Science Center.

“So it allows for their brain to de-correlate and become more flexible, so that that memory isn’t just constantly there, popping up.”

PTSD flashbacks are hard to shake. The more we learn about how neural circuits recycle or get stuck, the better treatment will be.

And the dividends could be huge. The locked circuits in PTSD are located in the brain’s temporal lobe, just above the right ear.

The stubborn thoughts associated with neuroticism, psychosis and obsessive-compulsive disorder originate elsewhere in the brain, and can also be picked up in magnetic scans. Solving the PTSD riddle may help solve these as well.