When the show was first released in the mid-’70s, you watched the Muppet Show with no regard for its offensive and negative depiction of others, instead just loved the sketches and the puppets!  We didn’t know any better as kids back then.

The show ran from 1976 to 1981 and features content warnings on 18 episodes, including those shows with guest host Steve Martin.

All five seasons are now available on Disney+ with a disclaimer that reads,

“This program includes negative depictions and/or mistreatment of people or cultures,” the warning reads. “These stereotypes were wrong then and are wrong now. Rather than remove this content, we want to acknowledge its harmful impact, learn from it, and spark conversations to create a more inclusive future together.” 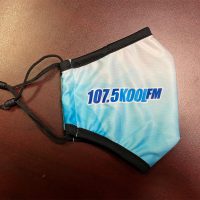