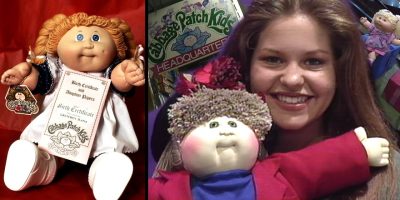 A documentary about the beloved Cabbage Patch Kids was released this weekend!

The flick — titled “Billion Dollar Babies: The True Story of the Cabbage Patch Kids” and narrated by Neil Patrick-Harris — tells the success story of the dolls, which were all the rage in the 1980s.

The film traces the success story of Cabbage Patch Kids from the marketing of BabyLand General Hospital in Georgia — where children “adopted” dolls, each “born” with a unique name — to the business deal that gave rise to utter retail pandemonium, according to The Wrap.

The documentary dives into the fundamental dispute over who originated the idea, The Wrap reported.

A listing on the Tribeca website said the film “follows this saga of modern American consumerism, from its folk art origins to mass production, from Appalachian craft fairs to big box stores, from TV movies to inevitable flameout.”