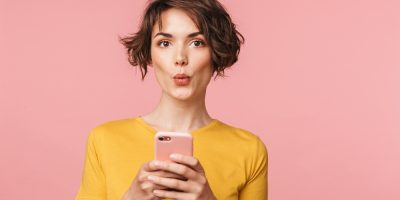 September 6 is officially a day notorious for surprisingly, more phone calls than usual. Making itself heard just after Labor Day, Telephone Tuesday is a trendy holiday created based on a clear spike in telephone calls to businesses and organizations.

The high number of calls usually flood in partly due to unmanned telephones during the long weekend. That makes sense, right? Then comes the many schools which open after Labor Day weekend, blended with the holiday season fast approaching.

In addition, it’s been uncovered that organized folks attempt to tackle their to-do lists on this day too and so inbound calls rise to 50% on the day.

The first mobile phone was sold in the US in 1983!

The first phones cost around $4000

Cell phones are dirtier than toilets -A used mobile picks up around 18 more types of bacteria than a toilet seat.

The fear of being without your phone is real!  This phenomenon has a name – nomophobia. The term is a combination of the phrase ‘no mobile phobia’ and… let’s face it… we’ve all been there.