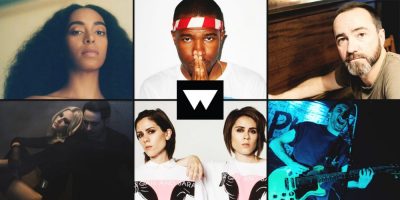 Following a series of Polaroid clues released on Friday, WayHome Music and Arts has officially announced its lineup for their 2017 music festival.

Supporting acts include Ontario rockers the Constantines, PUP, Death From Above 1979, and The Dirty Nil, as well as Phantogram, Detroit rapper Danny Brown, 2016 indie breakthrough artists Car Seat Headrest, Mitski, Darcys, The Naked and Famous, Banks, and many, many more. More artist announcements are planned so stay tuned for news as we get it!

We are giving away festival passes all week so keep it tuned to 107.5 Kool FM for your chance to win!

“We are thrilled to share our WayHome 2017 line-up with our fans,” WayHome Music and Arts creative director Ryan Howes said in a release. “Entering our third year of WayHome we are not only excited about our amazing headliners but also extremely pleased about acts such as Constantines, Jagwar Ma, Allan Rayman, Jazz Cartier, PUP, Royal Blood and more.”

WayHome 2017 full lineup is as follows: