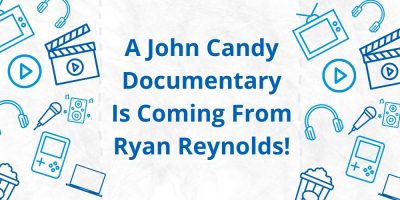 Ryan Reynolds and Colin Hanks are teaming up to give us a John Candy Documentary: ‘Expect Tears’

Candy’s grown kids are supportive of this project. “This is all true,” Christopher, 38, said with Jennifer, 42, adding, “This project is in great hands.”

According to Ryan’s reps, John Candy’s family has given him and his production company access to old home video footage never seen by the public.

Reynolds has previously spoken about his love for Candy, who died of a suspected heart attack at age 43 while filming Wagons East in 1994.

To mark the 5th anniversary of John Candy’s death in 2019, Reynolds shared a montage of Candy’s screen role calls!