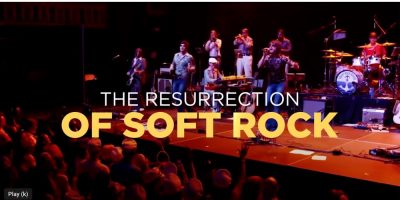 It’s a three-part doc-series that will be perfect for those lonely January nights!

The series will tell the previously untold story of soft rock, a genre whose artists dominated pop music worldwide in the 1970s, only for the genre to crash completely in the 1980s. But eventually, the soft rock would experience an unexpected resurgence, bringing some much-deserved attention back to the forgotten strain of music.