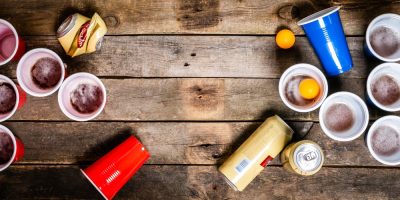 On average, students experience an estimated total of 102 alcohol-related consequences, such as blacking out, being hung over, or missing work or school, due to drinking across their four years in college, according to a new study.

According to a new study led by Penn State, the research also revealed that students who think their parents disapprove of the consequences of drinking are likely to experience fewer negative consequences from drinking during college.

The most common consequence, with 96.7% of respondents experiencing at least once during the four years, was ‘having a hangover the morning after drinking.’

This was followed by ‘saying or doing embarrassing things,’ which affected 96.1% of respondents at least once. Nearly 25% of respondents said they had ‘been pressured or forced to have sex with someone because they were too drunk to prevent it.’