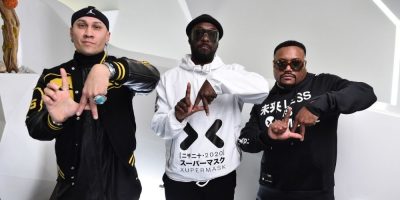 The Black Eyed Peas and Pitbull are leaving for Portugal soon, apparently they will be performing inside of a real volcano!

The superstars have officially signed on to headline the first-ever Atlantis Concert for Earth, a nonprofit concert and “global conservation celebration” that will take place in the Azores Islands, Portugal on July 22nd and 23rd.

The pristine venue is a natural amphitheater, situated along two lakes inside an ancient volcano crater.

“Nature is the true headliner at the Atlantis Concert for the Earth,” said will.i.am of the Black Eyed Peas. “It is a surreal other-worldly experience to perform on the rim of an extinct volcanic crater to celebrate the rockstars of conservation while using music as a megaphone to call attention to the need for global conservation.

The line-up of performers also includes Stone Temple Pilots, Bush, Mod Sun, and Girlfriends, with Sting to make an appearance virtually. Nicole Scherzinger is set to host the event.