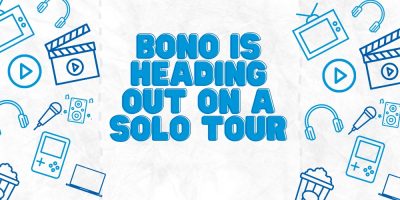 The U2 frontman will head out on a 14-city tour in support of his forthcoming memoir, Surrender: 40 Songs, One Story.

The book begins with Bono’s Dublin childhood, including the sudden death of his mother when he was 14, to Irish rockers U2 becoming one of the biggest bands in the world to more than 20 years of being an AIDS and extreme poverty activist.