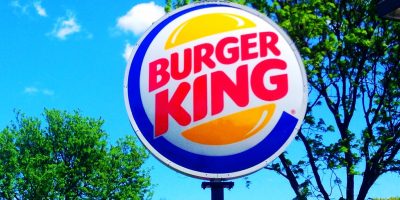 Burger King went viral on Monday, for the wrong reasons; and no it’s not food related.

A video was posted to TikTok of Kevin Ford, 54, who has worked at Burger King getting a gift bag from upper management!

The problem? It was for his 27th anniversary on the job and he’s never missed a day of work.

In the video Ford goes through what he got from HMS Host, the company that BK hires from, which included a Starbucks reusable tumbler, a bag of Reese’s candy, pens, and other items.

Additionally, he was given a slice of chocolate cake to celebrate the milestone.

While Ford appeared to be happy in the video, online, folks reacted differently!

The video blew up on Reddit, on /r/ABoringDystopia where one user chimed in “And he’s so humble and kind about it. This pisses me off so much. He deserves so much more“.

Lots of people online agreed, and possibly Ford’s daughter saw the outlash! She set up a GoFundMe in honour of her dad’s service to the job, writing: “Hi, My name is Seryna. The man in that video is my father. He has worked at his job for 27 years and yes, he has never missed a day of work... In no way are we asking for money or is he expecting any money but if anyone feels like blessing him he would love to visit his grandchildren.

In three days, the GoFundMe maxed out at 75 THOUSAND dollars raised!