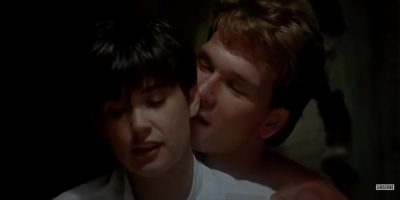 Channing revealed during an interview with Vanity Fair that he has the rights to remake the movie!

Swayze, who died in 2009, played New York investment banker Sam Wheat, who is killed and returns as a ghost to solve his own murder. In his afterlife, he tries to more fully express his love for his girlfriend, played by Demi Moore, through a reluctant medium, played by Whoopi Goldberg in an Oscar-winning turn.

The movie grossed nearly $218 million at the domestic box office and $288 million internationally, placing it among the highest-grossing films of 1990.

According to Vanity Fair, Tatum’s production company, Free Association, is trying to put together the remake and will make changes to move away from some problematic stereotypes associated with the original film. (In 2020, Goldberg suggested that racism and perhaps an unenthusiastic response to the film’s mixed-race cast prevented the classic film from yielding spin-offs and additional adaptations.)

We get to see Channing next in “Magic Mike’s Last Dance” on February 10th!