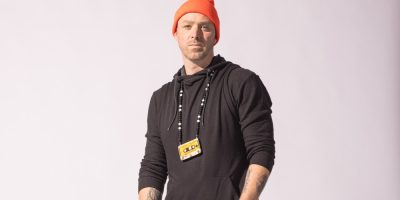 Ready to feel some sort of way?

Canadian artist Classified released his hit single “Inner Ninja” almost 10 years ago. It was released in November 2012 as the lead single from his album Classified. The song reached number 5 in Canada and was certified 5× Platinum.

“I’ve always liked doing acoustic stripped down versions of my songs,” shares Classified. “I like the way it puts more focus on the lyrics and highlights deeper elements of the song itself. It lets people experience the songs in a totally different way. I’ve been working on Retrospected for almost 3 years now, collaborating with some of the best artists in the country, in all different genres: Hip Hop, Rock, Pop, R&B, and Country to reimagine songs from my catalogue in a whole different way. I hope the fans feel it as much as I do.”

RELATED: “Inner Ninja” was one of Kool’s favourite songs back in 2017 …

The first single released from this upcoming album is his classic “Inner Ninja” reimagined with Matt Mays, David Myles, JRDN & Joel Plaskett. They also released a music video to go along with it.

Watch The Music Video For The New “Inner Ninja” By Classified

Catch Classified On The RETROSPECTED Tour This Fall

Of the tour Classified shares, “I’m so excited to finally bring this new style of show to the stage. I’ve been releasing acoustic versions of songs for a while now and performing them on stage is a whole lot different than what my show for the last 20 years has been. This show feels so much more personal and intimate and invites the audience to learn the stories behind the songs and hear some of the songs many know in a way no one’s ever heard before. I can’t wait to get back out there and experience it with everyone!”