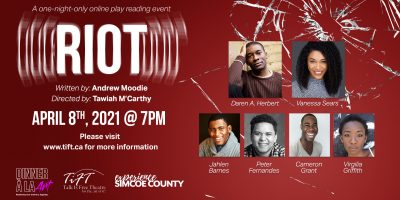 For one night only, Andrew Moodie’s award winning play ‘Riot’ will be streamed online as an exclusive reading event starring acclaimed artists of stage, film and television including Daren A. Herbert and Vanessa Sears with Jahlen Barnes, Peter Fernandes, Cameron Grant and Virgila Griffith.

‘Riot’ is a dramatic and often humorous look at six Black Canadians of diverse backgrounds who share a Toronto house. Their lives unfold against the backdrop of civil unrest, which erupted when the Los Angeles police officers on trial for the beating of Rodney King are acquitted.

As part of Dinner à la Art, admission to ‘Riot’ is the purchase of a meal or a gift card from one of the many participating fine restaurants or retailers.

Follow the link below for more information about the star-studded cast, how to receive an access code, and to learn more about the other exclusive readings as part of Dinner à la Art. 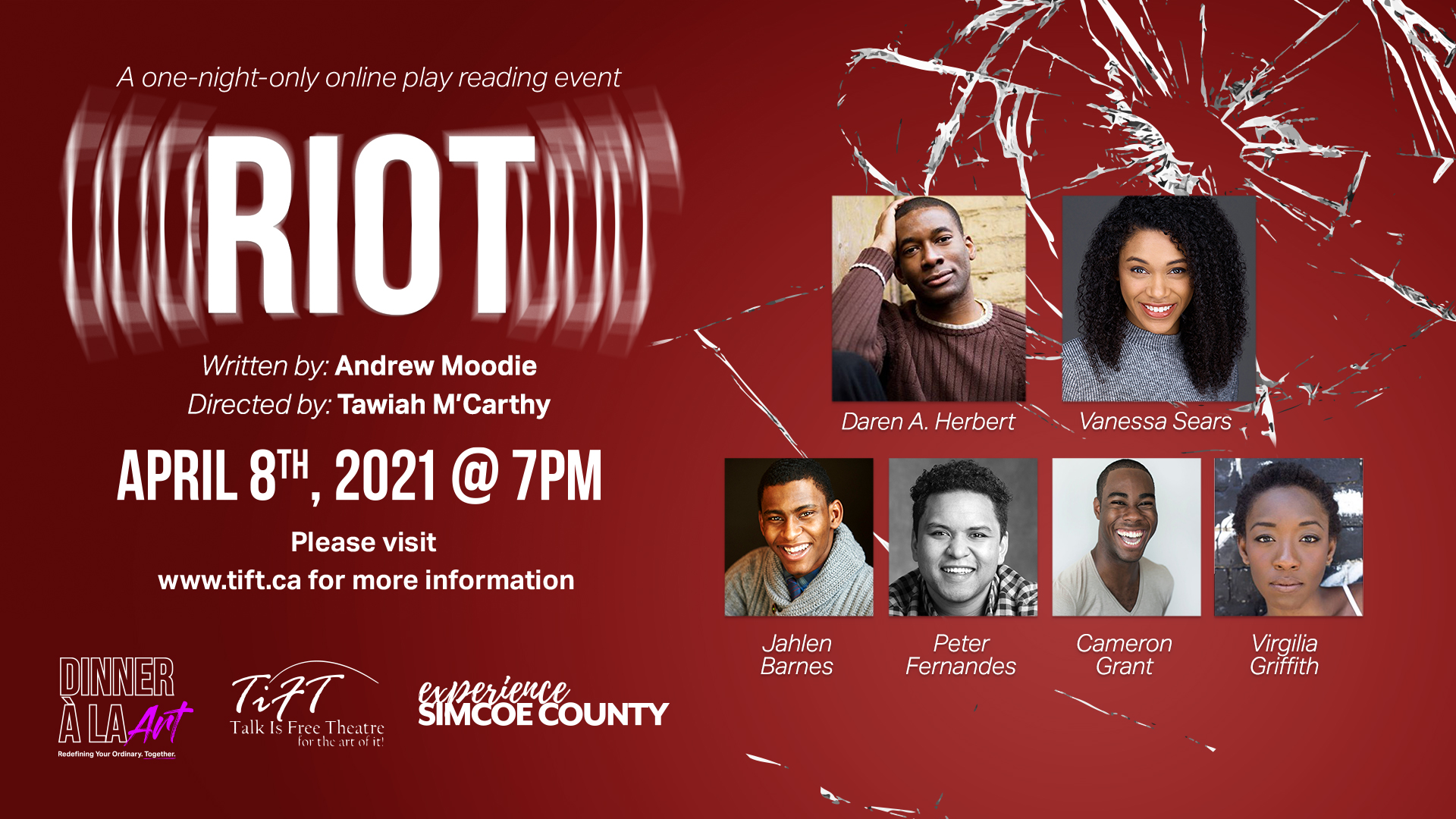