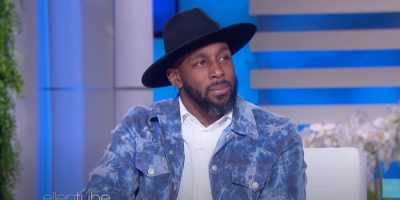 Stephen “tWitch” Boss, the DJ and dancer from “The Ellen DeGeneres Show” and “So You Think You Can Dance”, took his own life on Tuesday. He was only 40 years old. Ellen said, “tWitch was pure love and light. He was my family, and I loved him with all my heart.”

Boss began his DJ duties on “The Ellen DeGeneres Show” in 2014, eventually going on to become a co-executive producer and occasional guest host. Ellen paid tribute to tWitch before the final episode!

Boss died by suicide, according to the LA County Medical Examiner. The LA County Coroner’s Office concluded their examination and published the report on his death on Wednesday.

Boss was pronounced dead around 11:25 a.m. Tuesday morning in the Los Angeles suburb of Encino, according to the LA County Coroner.