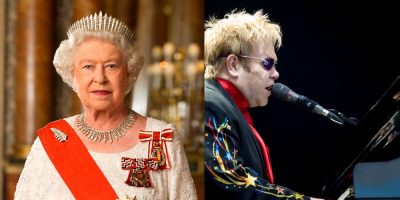 It was just hours after the world learned of the Queen’s death that Sir Elton John took the stage at the Rogers Centre for his second show in Toronto on Thursday night.

Elton John, is arguably the closest music artist to the Royal Family, having had a very close friendship with Princess Diana.

“We have the saddest news about the passing of Her Majesty Queen Elizabeth,” he said.

“She was an inspiring person to be around — I’ve been around her and she was fantastic. She led the country through some of our greatest and darkest moments with grace, decency and genuine care and warmth.

Elton continued his tribute by dedicating his 1974 hit ‘Don’t Let the Sun Go Down on Me.’

John had a close friendship with Lady Diana Spencer in the early 1980s that grew to include the Royal Family and continued after her death in 1997. He was knighted by the Queen on April 24, 1998, for his musical and commercial contributions to the UK, as well as his extensive charity work, particularly with AIDS research and financial support.

He paid tribute to Diana shortly after her death with the song “Candle in the Wind (Goodbye England’s Rose)”, a recasting of his and Bernie Taupin’s 1973 tribute to Marilyn Monroe.

He performed the song at her funeral and it was released as a single in September of 1997, with proceeds going to her charities.