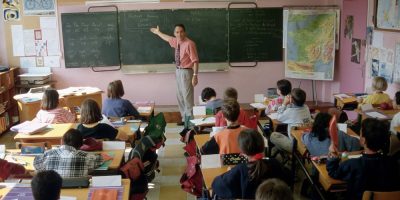 According to a new survey, six in 10 parents claim they can name every teacher they had in their childhood.

The study of 2,000 parents of children ages 0 to 18 examined respondents’ early childhood education memories and revealed that three in four parents credit their former teachers for positively influencing their lives – such as showing them how to be a better person, impacting their hobbies they picked up and half even saw them as a role model.

The poll further suggests that teachers play a very important role in their students’ lives – since 73% say that if it weren’t for their teachers, they wouldn’t be the person they are today.

It’s no surprise that two in three parents (68%) had a “favourite” teacher when they were in school, and 60% even admit that they still stay in touch with one or several former teachers from their childhood.

Fast forward to today, 73% are satisfied with their children’s current education, and more than that believe teachers don’t get enough credit for all that they do (80%).

That’s why four in five parents (81%) always encourage their children to show appreciation toward their teachers.