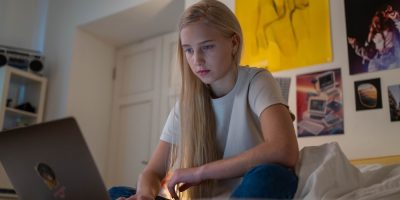 This generation is saying no to drugs, booze and and sex! No smoking, drinking, drugs or sex for today’s pre-teens and high schoolers.

According to a new study in the journal Social Science & Medicine, people born between the mid-1990s and mid-2010s are partaking in far less risky behaviours than their wild-and-crazy elders.

Why is this? Researchers believe it can be chalked up to a combination of school pressures, stricter laws and more hovering and finger-wagging by parents.

The researchers did find major factors to why the Gen z’s aren’t like their parents. It’s due to parents over scheduling them and the phone-obsessed youth.  Due to these two major players- kids aren’t engaging in face-to-face hang time with their friends.

The study found that drinking can lead to cannabis and sex, happening most when a kid doesn’t have a structure to their social activity.

And today’s kids are much less party-hearty than past generations: 80% of American 10th graders in the 1990s reported attending a rager with friends at least once a month. That number shrunk to 57% by 2017.

For example, adolescent cigarette smoking declined more than 80% from 1999 to 2019 worldwide. Leaving all the smokes for the 80s babies…