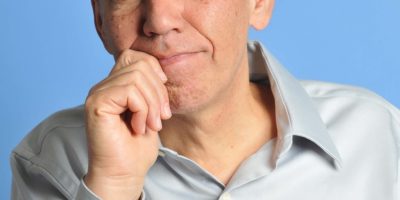 Only a few months before his own passing, Gilbert Gottfried was mourning the deaths of two of his comedy industry friends.

On January 21, 2022, when Gottfried learned about the death of Louie Anderson – less than two weeks after the sad passing of Bob Saget – Gottfried pulled out an amazing selfie of the three funnymen together and posted it for fans.

In the heartbreaking photo, all three are seen smiling wide for the camera, with Saget holding up the phone to capture the now immortal image.

This photo is very sad now. RIP Bob Saget and RIP Louie Anderson. Both good friends that will be missed. pic.twitter.com/DLJ8Ntt7LN

Gottfried noted that the once wonderful and funny memory was now much more sombre, and he reflected that mood with the caption, “This photo is very sad now. RIP Bob Saget and RIP Louie Anderson. Both good friends that will be missed.”
Now, with Gottfried’s passing, fans are incredibly grateful the image was captured.

Despite the dour emotions of those recent posts, they are also a reminder of the three comedians’ lasting friendships built through the comedy club world and through the work they did together on screen.

Gottfried and Anderson appeared in the 2007 documentary, “The Heckler;” and Saget showed off his bawdy on-stage side in Gottfried’s 2005 documentary, “The Aristocrats,” about an old, legendary inside joke among the comedian clan.