Harry Styles is coming to Toronto in August in support of his new album Harry’s House.

Produced by Live Nation, Love On Tour will include a massive 32 nights at many of North America’s most notable venues, kicking off on Monday, August 15th and Tuesday, August 16th at Scotiabank Arena in Toronto.

Toronto is the only Canadian venue announced until now.

Fans can register on Ticketmaster’s Verified Fan platform from now through Thursday, May 19th at 10 pm ET for the Verified Fan presale.

Registered fans will receive a code and will have access to purchase tickets on a first-come, first-served basis before the general public Wednesday, May 25th starting at noon local time.

American Express® Card Members in Canada will have access to Harry Styles Front of Line® presale tickets for his Toronto dates starting Tuesday, May 24th from noon local time to 10 pm local time.

General on-sale for tickets will begin Thursday, May 26th at noon local time. 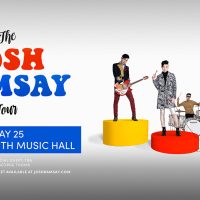 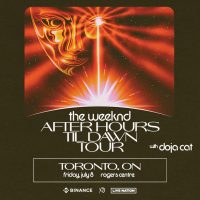