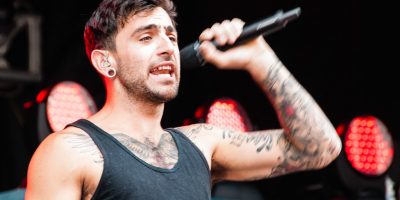 The musician’s trial has been delayed multiple times due to COVID-19, but is now scheduled to start in May.

The trial will be heard by a jury starting on May 2nd and is expected to continue through June.

The trial was delayed again because new jury trials have been put on hold in light of the Omicron-fuelled surge in COVID-19 cases — a pause that is expected to last until at least Feb. 7.

He was arrested and charged in 2018 for alleged incidents involving a woman and a teenager that police have said took place in the Toronto area in 2016.

The singer pleaded not guilty to sexual assault causing bodily harm and sexual interference at his preliminary hearing.

According to CBC, police started to investigate Hoggard earlier in 2018 after allegations emerged that suggested he had inappropriate encounters with young fans.

Hoggard issued a statement months before his arrest, denying any non-consensual sexual conduct but acknowledging having behaved in a way that “objectified women” and was “reckless and dismissive of their feelings.”

Hedley has been laying low since March 2018. After the allegation came out, the band was dropped by its management team and banned by multiple radio stations.

Hoggard was present Thursday for a virtual hearing dealing with pre-trial motions in his case, the contents of which are also protected under a publication ban.