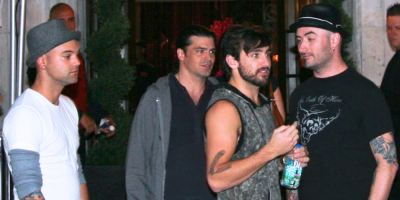 Earlier this year, Hedley’s frontman Jacob Hoggard was found guilty of sexually assault causing bodily harm in the case of an Ottawa woman. The event in question happened at a Toronto Hotel in 2016 after the two arranged a meeting on Tinder.

The Ottawa woman said she knew they were meeting up to have sex but that Hoggard “became a completely different person” and a “complete psychopath” once they entered the hotel room.

She testified that he slapped her, spat in her mouth, choked her, called her names while making animal noises, dragged her to the bathroom and more. She also testified that the assault lasted for hours and she feared she would die because Hoggard choked her so hard.

Afterwards, Hoggard got the woman a taxi. While in the taxi, she received a message from Hoggard saying he couldn’t wait to see her again and that it had been a wonderful time.

The woman explained that the message made her feel “very confused and disgusted.” She also said, “He knows what he did and I don’t know why he would say that after doing that to someone.”

The incident at the hotel was not the first charge against the Canadian musician. Hoggard was also charged with sexual assault casuing bodily harm and sexual interference in the case of a teen fan. However, he was found not guilty in this case.

The crown asked that Hoggard to do 6 to 7 years in prison for the Ottawa woman’s case. This is higher than the usual 3 to 5 year sentencing for someone who commits sexual assault without a criminal record. But the crown felt that Hoggard was a high risk to the public after a psychiatric report showed he has no remorse for the incident.

“The Crown’s position is the lack of remorse and not taking responsibility for his actions limits his potential for rehabilitation.”

The defense pushed for 3 to 4 years, arguing that another psychiatric report said he was a low risk for reoffending and had a good chance of rehabilitation.

Today, Haggard was sentenced to 5 years in prison.