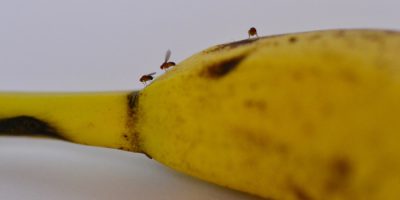 It’s because your brain’s thermometer is out of wack!

On the hottest summer days, you may find yourself dozing off in the middle of the day. In some parts of the world, it’s a cultural norm to schedule “siestas” and shutter businesses during the warmest hours of the day. As it turns out, biology, not just culture, may be behind this.

Temperature affects the span of human behaviour, from eating and activity levels to sleep-wake cycles. We may have a more challenging time sleeping in the summer and be slow to get out of bed on colder mornings.

A study was done to figure out why we behave the way we do when it’s hot and cold.

Northwestern University neurobiologists’ research found that fruit flies are pre-programmed to take a nap in the middle of the day.

The researchers say, the effect of temperature on sleep can be quite extreme, with some animals deciding to sleep off an entire season—think of a hibernating bear—but the specific brain circuits that mediate the interaction between temperature and sleep centres remain largely unmapped…

The study found that fruit flies are a perfect model to study big questions like “why do we sleep?” and “what does sleep do for the brain?” because they don’t attempt to disrupt instinct in the same way humans do when we pull all-nighters, for example. They also allow researchers to study the influence of external cues like light and temperature on cellular pathways.

The researchers determined that fruit flies and humans have the same favourite temperature that is about 77 degrees Fahrenheit which is 25 celsius.

If the temp is hotter than 77 degrees, it makes both humans and fruit flies want to sleep during the day.