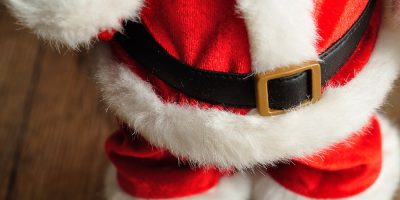 For many, Christmas is a time of joyful celebration and cheer. However, that’s not the case for one UK man named Garry Hollidge, who suffers from a “bizarre” fear of Santa Claus so paralyzing that he’s scared to put up Christmas decorations this year.

It’s, not the real-life Saint Nick that gives Hollidge nightmares, but rather dancing Santa figurines.

It’s the little weird dancing figures that freak Gary out! Gary explains, as soon as Santa starts jiggling, he breaks out in a cold sweat. Gary has had this phobia since he was 7 years old. It’s so bad that he can’t put up any Christmas decorations!

Studies on Santaphobia are scarce, however many health experts cite the existence of Christougenniatikophobia, defined by HealthCentral.com as a “full-blown fear of Christmas itself.”

“The phobia typically develops in early childhood and may overlap or include some of the phobias previously listed,” they write. “Fear of Father Christmas or Santa Claus (santaphobia), parties (simbosiophobia), or other Christmas rituals can all feed into a general phobia of the Christmas season.”