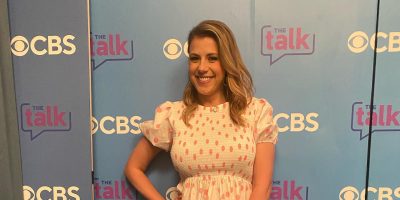 Jodie was seen on video that was shared on social media being thrown to the ground by police on Saturday when she was leading a group of peaceful protesters away from a freeway.

After being hurled several feet, the actress managed to stand up seconds later and continue to protest for a person’s right to safe abortion – after the Supreme Court reversed the 1973 Roe v Wade ruling.

Photographer Ade said on social media: “It pained me to see @JodieSweetin thrown to the ground by members of the LAPD as she was trying to lead a group of peaceful protestors away from the freeway… SMH @LAPDHQ what are y’all doing?

Sweetin is the latest celeb to speak out and protest for abortion rights, along with Billie Eilish, Olivia Rodrigo, Lizzo and former first lady Michelle Obama.