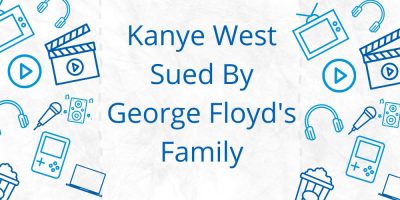 Roxie Washington, who is the mother of George Floyd’s daughter Gianna is suing Ye for Harassment, misappropriation, defamation and infliction of emotional distress after comments made by the rapper that alleged George died as a result of fentanyl and not at the hands of the police.

Lawyers for the family confirm that they have already issued a cease-and-desist letter to Kanye for having made “false statements about George Floyd’s death to promote his brands, and increase marketing value and revenue for himself, his business partners, and associates.”

The Floyd family say that Ye’s statements were “blatantly false” and “malicious” and argue Gianna is being “retraumatized” by Kanye’s comments, which are “creating an unsafe and unhealthy environment for her.”

The letter wants Kanye to remove his statements about George – whose death kickstarted the Black Lives Matter protests around the world – from the internet and stop talking about him.

Kanye made his comments on the ‘Drink Champs’ podcast earlier this week.

He said: “I watched the George Floyd documentary that Candace Owens put out. One of the things that his two roommates said was they want a tall guy like me, and on the day that he died, he said a prayer for eight minutes. They hit him with the fentanyl. If you look, the guy’s knee wasn’t even on his neck like that.”

The interview has now been removed from the ‘Drink Champs’ YouTube channel and Revolt TV.

It was determined by a medical examiner that heart disease and fentanyl used had contributed to George’s death, but were not the direct cause.