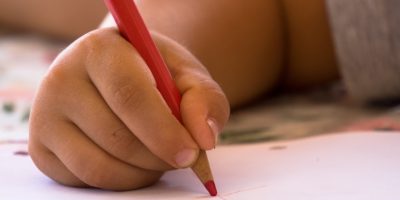 A recent poll asked 2,000 parents whether or not they’ve noticed a preference for digital or analog studying habits in their children ages 6-18.

Although typing proved slightly more popular than handwriting, the latter group was estimated to have a higher median GPA than the overall average.

The study also found other interesting facts between analog and digital kids.

Meanwhile, those who write longhand were described as more left-brained (73%) – analytical and organized — while those with no preference were most likely to be considered right-brained, or creative and intuitive (21%).

Similarly, longhand writers tended to be introverted, while kids with no preference were more extroverted.

Regardless of personality differences, 53% of parents feel their child’s grades have improved since the 2019-2020 school year – although parents of longhand writers (87%) noticed the most improvement overall.

Kids who handwrite their notes seemed more successful in remembering information they’ve read (98% vs. 67% average) and finishing assignments on time (74% vs 55% average).