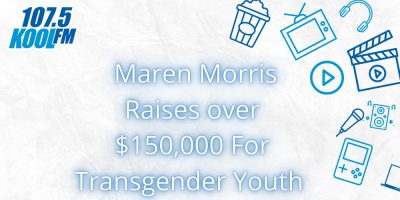 Fox’s Tucker Carlson called country star Maren Morris a “lunatic” after she defended transgender kids — so she used the insult to raise over $150,000 for organizations supporting transgender youth.

“I’d really like to thank my parents for not changing my gender when I went through my tomboy phase. I love this girly life,” wrote Aldean in the caption of a makeup video posted to Instagram.

Proceeds from the shirt will go toward GLAAD’s Transgender Media Program and Trans Lifeline, which runs a hotline for transgender youth in crisis and provides micro-grants and support for transgender people in need.