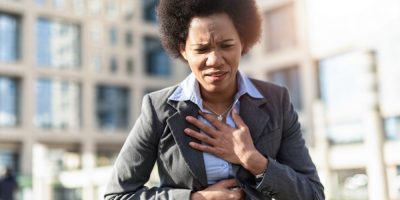 Being in a committed, cohabitating relationship has been linked with better health and heart disease prognosis in previous studies, but a new study found that severe marital stress may be linked to a worse recovery after a heart attack.

So although the marriage may not have caused the heart attack, it could hinder your ability to heal from it as well.

Researchers at the Yale School of Public Health compared more than 1,500 adults in recovery one year after a heart attack, who were asked to self-report on their marital stress.

The study found that those who had marital stress were 50% more likely to be re-hospitalized for any cause.

Women in particular reported feeling severely stressed out over the post-heart attack compared to men. (40% vs 30%)

More specifically, those who reported severe marital stress were also 67% more likely to report chest pains than those who did not.

Thousands of Canadians die from heart attacks each year. Recognize the signs. Act quickly. You could save a life.