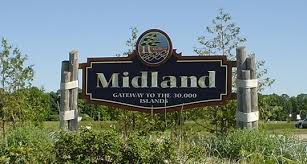 The construction of a new municipal operations centre has left the Town of Midland with debt. The centre, which cost $8.8 million to build, means the town is now on the hook for $5.7 million worth of debt. Debenture financing for $5,785,000 will be undertaken through a 20-year loan with semi-annual payments at an interest rate of 3.42 per cent. Construction on the project began in 2016 and continued until January of 2018, when it was put on hold pending the completion of an independent audit. The operations centre had been in the works since 1994.