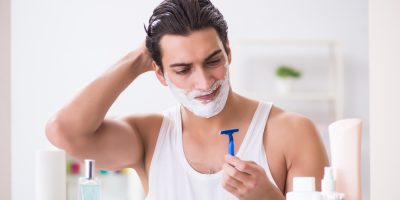 Today is National Men’s Grooming Day, August 19th, and Dollar Shave Club commissioned a national survey asking Canadians to throw open the bathroom door and disclose their personal shaving habits, including which private body parts they shave, how they prepare for dates and whether they borrow their romantic partners’ blades without asking permission.

The survey demonstrated that overall, Canadians feel more confident after shaving and over half say they’re more likely to shave below the belt before a date night if they think they may get lucky.

But almost a quarter admit to having declined to shave below the belt before a date to avoid making a decision they may later regret.

·         26 percent of women are so confident about shaving their bikini area that they can do it with their eyes closed. That said, 51 percent of them have nicked their bikini line while shaving.

·         Men are more likely than women to say the thought of getting waxed is scarier than nicking themselves when shaving (51 percent of men vs. 42 percent of women).