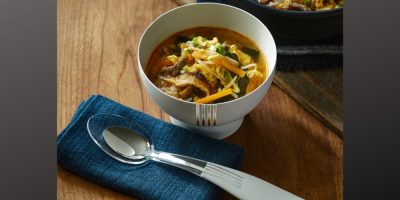 Scientists in Japan have developed an electric spoon and bowl said to use weak electrical stimulation to enhance the salty taste of low-sodium foods.

According to its creator, The “Electric Salt” devices, slated to launch in Japan this year, will increase the salt taste by 1.5 times without raising blood pressure.

The average daily salt intake in Japan is high so researchers began to study the issue and came up with this idea for those who want to reduce their salt intake.

Ramen noodles and miso soup ranked first and second, respectively, in terms of “foods that people who are trying to reduce salt intake want to eat with a strong taste instead of a thin taste.”

The Electric Salt Spoon and Bowl use “electric taste sensation” technology, which allows “a very weak electric current” to transmit sodium ions from food to the diner’s mouth to create a sense of saltiness — reportedly without any effect on the human body.

The current passes through the food from the tip of the spoon and the inside of the bowl by holding it, said the researchers, who developed electric chopsticks as well.

In Japan, the daily salt intake is 10.9 grams for men and 9.3 grams for women — according to 2022 statistics — both higher than the World Health Organization’s recommendation of 5 grams per day.

In North American people consume more than 3,400 milligrams of sodium every day.  Our guidelines suggest only consuming 2,300 milligrams per day.

Consuming too much sodium can increase blood pressure and the risk of heart disease and strokes. 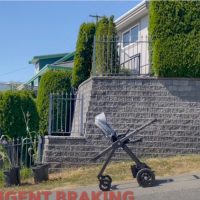