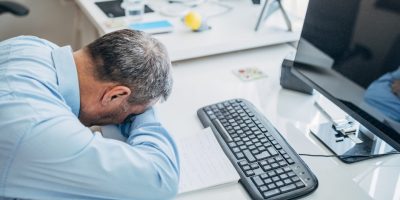 Wouldn’t it be great if there was a place to take naps at work?  This might be the LEAST comfortable way to accomplish that goal.

A company in Japan has a new product called “nap boxes” to give workers a place to take power naps.  But you have to sleep STANDING UP.  (???)

Each one has three small shelves inside, strategically placed to support your knees, head, and butt.  So you’re partially supported, but still vertical.

They claim it’s comfortable, but it’s hard to tell.  It’s in the early stages, so they haven’t even demonstrated it yet.  They just have a rendering.

A spokesperson for the company claimed that in Japan, it’s common for workers to take naps in the bathroom.  So they wanted to give them a better option.