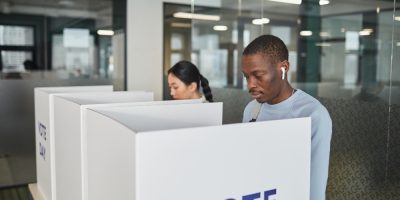 If someone asked who you voted for, would you tell them?  Or do you keep that information to yourself?

A new poll found one in seven people never tell ANYONE who they voted for, including friends and family.

14% said never, and another 17% said rarely.  That’s almost one in three people who don’t like talking about it or refuse to.

Meanwhile, 35% of us would talk openly about it.  Everyone else said it depends.

Independents are the most likely to say they don’t like revealing who they cast votes for.  37% said they rarely or never do.

Here’s one more stat from the poll that we found interesting:  Younger voters don’t think anyone cares if they voted yesterday or not.  (???)