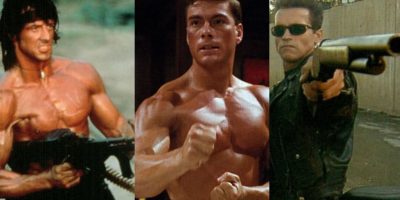 New research says that almost six in 10 people think they have what it takes to be an action movie star.

57% of people would relish the opportunity to channel their inner Chris Hemsworth or Michelle Yeoh  – with the right training and resources, of course.

35% cited action movies as a huge influence on their fitness goals, while another 57% said that watching the right action flick would leave them feeling more motivated.

People appear to get motivated by the stunts seen in movies as fewer people thought they could hold their own on competitive shows like “Wipeout!” Or Ninja Warrior!

Most respondents say that they need distractions to keep them motivated like listening to music, audiobooks and even video games.

In fact, a third of respondents listen to music every single time they work out, and over two-thirds have made their own workout playlists to jam out with.

Despite that, 34% pick workout songs that remind them of scenes from TV shows or movies — although this proved less important than whether or not they liked the song in the first place (41%).

The Perfect Workout Playlist For 2022!