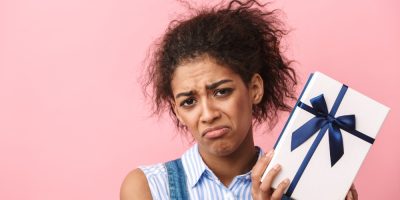 While Christmas is a time of giving, it seems those with a December birthday are missing out.

New research has found that Sagittarians and Capricorns get fewer birthday presents than the rest of us – missing out on up to 160 over their lifetime.

According to a new study, those with December birthdays receive four presents every year on average – while individuals born in other months rack up around six.

Two-thirds (67%) born in December admitted that it’s the worst month to have a birthday – with 75% routinely receiving joint birthday and Christmas presents.

Half of those people born in December said they felt disappointed and underwhelmed when they don’t get the gifts or attention compared to friends and family born during the rest of the year.

It seems their presents have a rather festive twist too – with a box of chocolates, a Christmas beauty gift, and Yuletide-scented toiletries topping the list of the most disappointing December birthday presents.

But it’s not just gifts that can prove disappointing.

Around 34% of people born during the festive period have had to cancel a birthday party because people couldn’t make it, dropped out at the last minute, or had other plans.