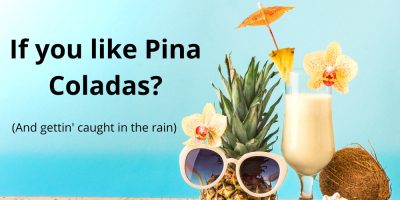 Can you guess which cocktail has exploded in popularity this summer?  And have you ordered one?  We’ll give you a hint:  There’s a song about it.

An analytics firm looked at sales data from bars across the country.  And one drink jumped way up on the list of the most popular cocktails, from 17th to 9th.

Piña colada is the hot drink this summer.  They’ve been ordered 87% more than usual.

A piña colada is made with rum, cream of coconut, pineapple juice, and lime juice, either frozen or on the rocks.  New York City saw the biggest jump, with sales spiking near the end of June.

Mojitos have also had a good year, passing Old Fashioned as the fourth most popular cocktail, according to their data.  Margaritas always top that list.

They also found we’ve been hitting the bars more often mid-week, especially on Wednesdays and Thursdays.