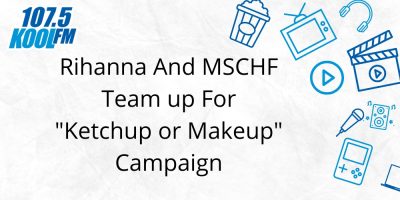 The campaign features $25 palettes that include six items, made to look like Heinz ketchup packets.  Here’s the thing – inside each of the packets will either be a sparkly red sample of Fenty’s gloss bomb product or … straight up ketchup.

According to Billboard, “This peculiar take on Russian Roulette marks MSCHF’s 83rd merchandise drop since the collective was founded by Gabriel Whaley in 2016. From “Eat the Rich” popsicles, designed to look like famous billionaires, to bongs made out of rubber chicken toys, MSCHF has built a reputation for unveiling new stunt products every two weeks and often partners with celebrities.”

Rihanna isn’t the only celeb MSCHF teamed up with – last year the company partnered up with Lil Nas X and released a line of Satan Shoes and in April, teamed up with The Weeknd and sold playable MSCHF-designed vinyl, which was made out of saw blades.