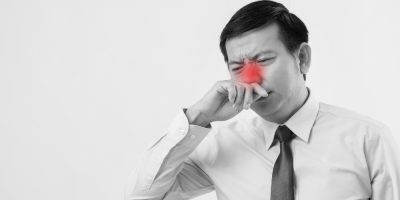 Remember when Mom said don’t go outside without a coat, you’ll get sick?  As usual, she was right.  And you might want to grab a scarf too.  Scientists think they’ve finally figured out why we get sick more often in the winter.  And it has to do with cold weather, specifically cold noses.

Your nose is the main entry point for viruses.  And it turns out cold air affects how well the immune cells in there can fight them off.  When a virus gets into your nose, billions of immune cells start scrambling and attacking it.  But the study found it happens less and less the colder it gets.

Researchers exposed people to cold air for 15 minutes and found that dropping the temperature inside their nose by just nine degrees killed almost HALF of those virus-fighting immune cells.  That means that when cold air gets in, your immunity drops.  So viruses have an easier time replicating, and you’re more likely to get sick.

A researcher behind the study says it’s another reason wearing a mask this winter might be a good idea.  “Not only do masks protect you from [inhaling] viruses, but it’s also like wearing a sweater on your nose.”