Scientists have discovered a new species of spider that’s so darn adorable, they’ve named it after a Pixar movie.

The ‘Nemo’ spider has an orange face, white stripes, and big googly eyes (just like the animated fish).

And as far as spiders go… they’re really, really cute! It wasn’t easy to find, since it’s about the size of a grain of rice.

The good news is this one CAN’T kill you. 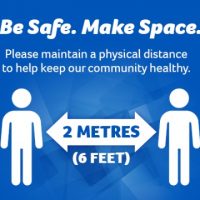