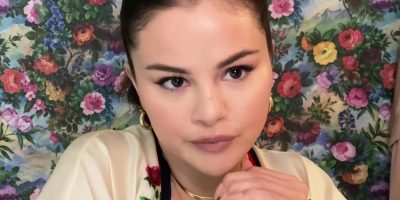 Selena Gomez has had a wild few years and somehow, she’s come out on the right side!

The former Disney sensation turned pop-star, has created a series of unique pathways in her career.

At the height of the pandemic, she paired with HBO to create a pandemic cooking show, Selena+Chef. Showing fans and folks alike that she is a human being first and foremost.

Rare her beauty line, which supports “embracing your inner beauty” and inclusivity.

Rather than most companies providing lip service, Gomez’s brand donates a portion of proceeds to communities that need access to mental-health services.

Pulling through the difficult years she’s had, to alone create these two things is impressive.

Selena Gomez underwent a kidney transplant in 2017, after a battle with lupus, which later needed to have another surgery just SIX hours later.

Then in 2020, she was diagnosed with bipolar disorder, which she shared on an Instagram Live show, hosted by Miley Cyrus.

All of this comes to a boiling point with her new documentary, Selena Gomez: My Mind and Me, and her new single sharing the same title.

The documentary cuts deep for Selena Gomez, speaking on her future plans, career issues, mental health struggles, and the reality of being a star:

Many fans have chimed in on social media in support of the star, and many, wishing she gets her flowers:

Gomez has stated this will be “the last time you will see her for a while”. The singer will be moving to New York, and “living life”.