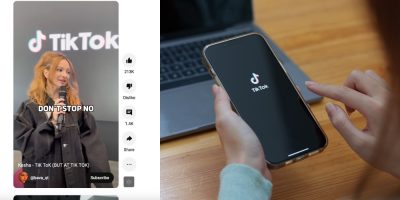 There’s been a lot of talks lately about the social media platform.  And we’re at the point where the US government is talking about banning the popular app.

When asked if people think Tik Tok should be banned, 30% strongly support it.  20% are somewhat supportive of the idea. About 14 percent are opposed to it and another 23% of people are not sure.

Senate passes legislation to ban TikTok from US government devices

The Senate passed legislation Wednesday evening to ban TikTok from US government devices, in a move designed to limit perceived information-security risks stemming from the social media app.

The move marks lawmakers’ latest step against the short-form video app that has become popular with over a billion users worldwide. US officials fear that TikTok’s user data could end up in the hands of the Chinese government due to that country’s influence over TikTok’s parent, ByteDance.

The latest legislative action comes as TikTok and the US government have been negotiating a deal that may allow the app to keep serving US users.

There have been years of closed-door talks between TikTok and the Committee on Foreign Investment in the United States, as well as recent reports of delays in the negotiations.

HOW DOES TIKTOK AFFECT YOUR MENTAL HEALTH?

Experts agree, saying that while these kinds of videos can offer support and a creative way to deal with grief, they can also lead to additional trauma. “For many people, disclosing abuse or mental health issues can be traumatic and harmful,” said Rich, the children’s mental health expert